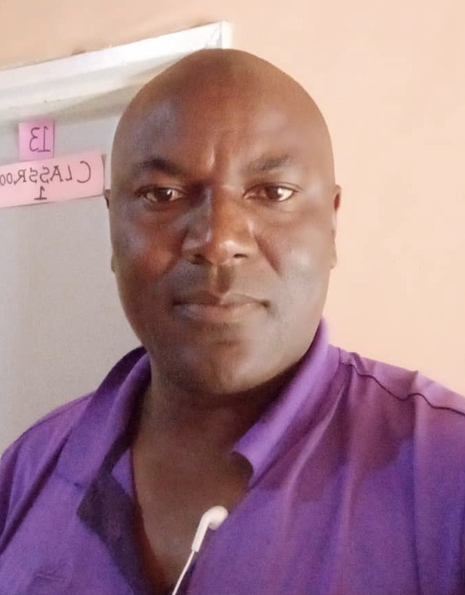 Edward Tsango was born at Harare Hospital and raised in Mbare, Harare. Although Edward only attended school until the 2nd Grade when he then dropped out and ran away from home after his parents divorced, he was able to teach himself English through watching cartoons, speaking to people and practicing reading and writing. Edward lived on and off the streets for close to 9 years, with his mother looking for him for the duration of his time away from home. During his time on the streets, he fell victim to many traumatic experiences included substance and sexual abuse. Edward experienced these social ills through to young adulthood, where they became compounded by politically motivated acts of violence against him. Edward was greatly affected by the trauma in his life and was only able to begin healing once he began to engage in therapy workshops at Aqua Healing, upon an invitation from Father MacGarry.

In 2015, with a desire to help youth in Mbare who had gone through similar experiences, Edward enlisted the help of a small group of friends to form I AM Mbare. Although the public perception and narrative of Mbare is that it is a dangerous, poverty-stricken suburb, Edward sees beneath this façade and wishes for people to recognize the many positive aspects of the community. Mbare is rich with history with many stories to tell and is an overall peaceful community besides the social ills. Edward is very passionate about Mbare and chooses to give back and change lives, even with very little resources. He was born with this desire and believes that this work is his calling from God. When thinking about his life experiences, Edward likens his circumstances to the story of Joseph in the Bible who was sold into slavery by his brothers. He states that, “God had a reason. After all the suffering Joseph went through, God permitted that suffering to make him strong. It was a way for God to prove His power. I was facing all these challenges in my family, in my street life, political challenges, but God was preparing me. That is why I choose to try and change the community. I would die to help other people.”  Edward’s greatest joy is being out and about in the community, visiting people, speaking to people, organizing and uplifting spirits. He states that, “the community is my office.”

Edward’s experience includes group and individual counseling, brain therapy, workshop facilitation on communication and leadership, community advocacy, and social work. When he was younger, he played on various professional Zimbabwean soccer teams including Caps United and was instrumental in bringing different opposing groups in the community of Mbare together through the establishment of a soccer league. Edward’s vision and ultimate goal is to grow I AM Zimbabwe Trust to cover all vulnerable communities in Zimbabwe, both in the high density and the rural areas. He would also like the organization to spread beyond the borders of Zimbabwe in a more formalized manner and to eventually create I AM Africa Trust. He is trusting in God to fulfill this plan.